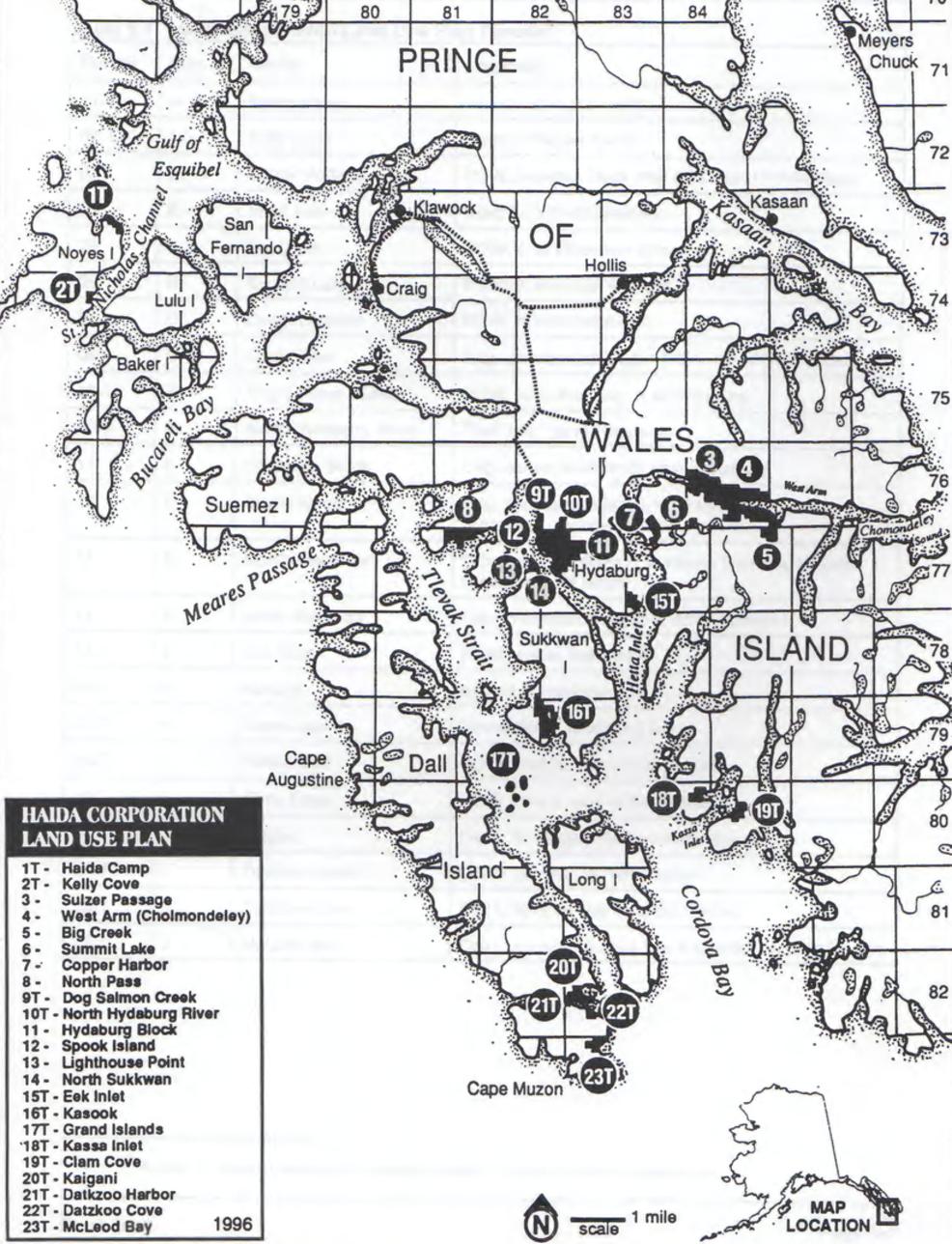 Background: Section 14(c) of the Alaska Native Claims Settlement Act of 1971, as amended, required village corporations to re-convey approximately 1280 acres of land to the local city or the Municipal Land Trust in trust for a future city.  Efforts to accomplish the reconveyance of land to the City of Hydaburg began in the early 1980’s with negotiations between the City and Corporation.  In 2014 the effort to agree on the lands to be conveyed was restarted, and a resolution on the conveyance was signed by the Board. In 2016 the final agreement between the City and the Corporation was signed, and the Map of Boundaries was accepted by the BLM.  In August of 2017 the BLM awarded Haida Corporation the Section 638 contract to survey the lands to be conveyed to the City.

Progress: The survey work was subcontracted to Far Point Land Services, who began the field survey work in September.  The final survey field work will be completed in early 2018.  If all goes well, the conveyance of title, per ANCSA section 14(c) requirements, to the City of Hydaburg will occur late in 2018 or early 2019.

Background: Management and the Board have for many years worked to develop a shareholder lot program that would retain an ownership interest for the Corporation to prevent the lots from being alienated from shareholder ownership. Further, an important goal of the program is to enable shareholders to have a property interest that would enable individual financing and development of residential lots.

Background: Parallel with the 14(c) conveyances to the City, Haida Corporation is working with Hydaburg Cooperative Association on conveying 4 culturally significant parcels to HCA, which will in turn convey the parcels to the Bureau of Indian Affairs to be put into trust status as a means of protecting them in perpetuity.  Two of these parcels are located on the north end of Sukkwan Island (an ancient village site), one is the entire Cemetery Island, and the fourth is on the east side of Spook Island.  The total acreage is approximately 31.8 acres.

Progress: Two of the parcels have prior surveys, the remaining two were surveyed during September, at the same time as the 14(c)(3) field survey work was being accomplished.  The survey plats should be approved before the end of 2017, which will then allow the conveyance to HCA, and the application process to proceed.

Progress: After several interrupted attempts, it appears that this exchange may be complete by the end of 2017.

Areas with unrecorded surveys (which must be completed before lots are leased) are located along the Hydaburg Highway, road to the landfill, Saltery Point Road, North Sukkwan Island, Spook Island, and North Pass. 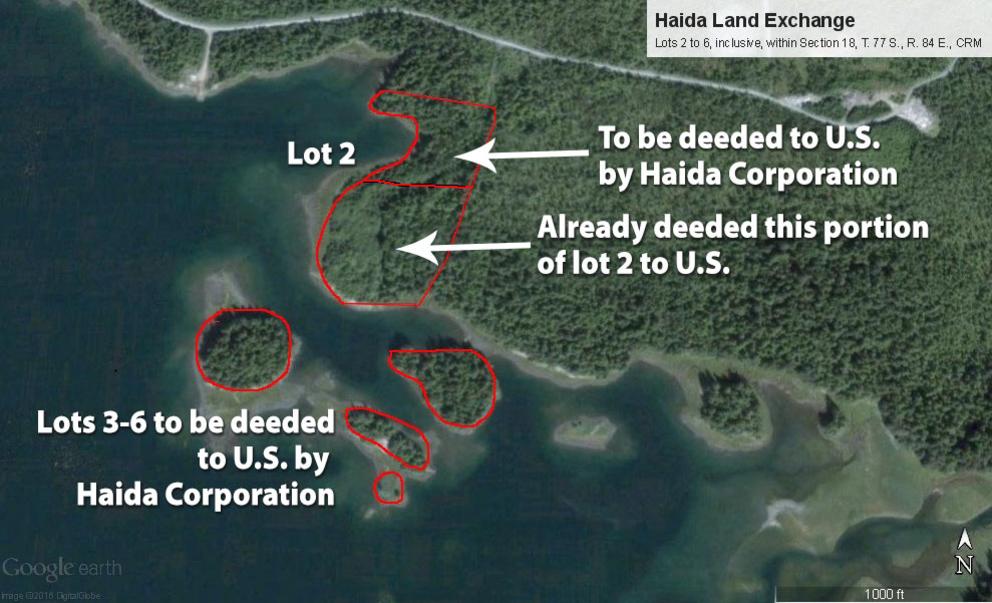 Progress:After several interrupted attempts, it appears that this exchange may be complete by the end of 2017.

Background: USFS – Haida Corporation land exchange: The 1992 Amendment to the 1986 Haida Land Exchange Act provided for Haida Corporation to convey to the United States Government approximately 13.5 acres located on the south east side of Hydaburg, known as the “cooperative information and education branch site” and a road easement to the site, in exchange for the subsurface estate of the Haida Traditional Use Sites. 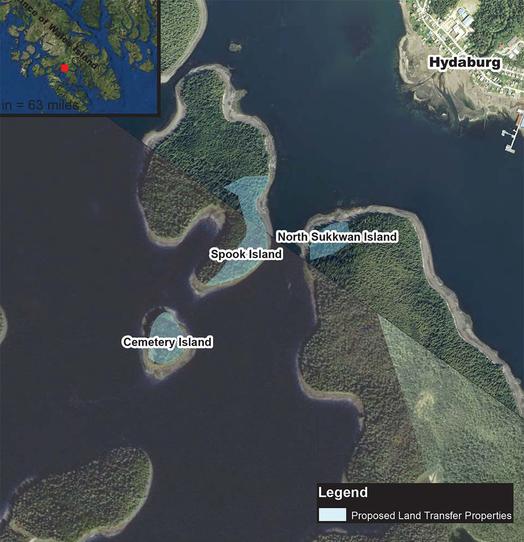